This month, the highlight of the month falls to PPIA UNSW’s event which occurred on the 27th of July. ICON stands for Indonesian Ideas Conference which is an annual event held by PPIA UNSW. ICON is an event for future leaders where performers and influencers from Indonesia are called to share their ideas and perform respectively.

This year’s ICON took place in Wesley Conference Centre with 3 speakers and 1 performer including the David Soong, the owner of a restaurant group called BOGA that consists of hundreds of restaurants in Indonesia and also owns a photography community known as AXIOO. Sabrina Bensawan, a young entrepreneur who reached success early by founding Saab Shares, a foundation facility and Pandji who is a comedian and one of the founders of Stand Up Indonesia which is a comedy show.

The event was full of funny and inspiring speeches who reached the hearts of Indonesian-Australian students to dream larger and enjoy pursuing their dreams. The closing performance was accompanied by Rizky Febian, one of Indonesia’s rising star who rocked the stage and attracted a huge amount of crowd to the fronts of the stage. [IM] 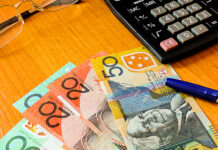 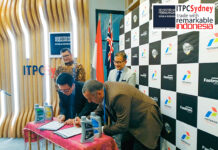