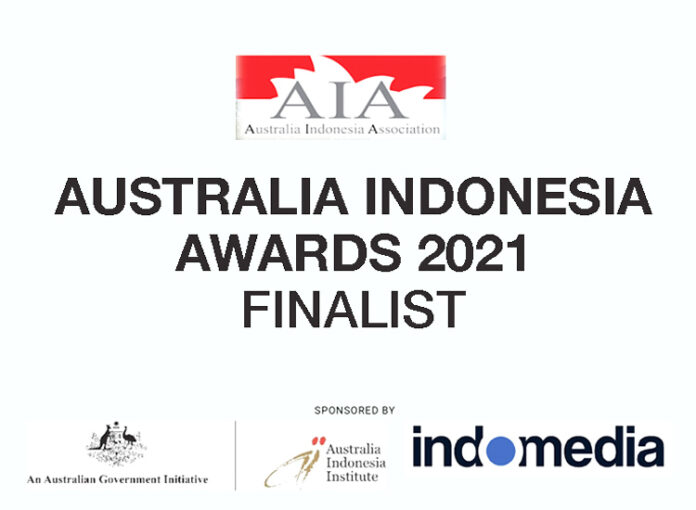 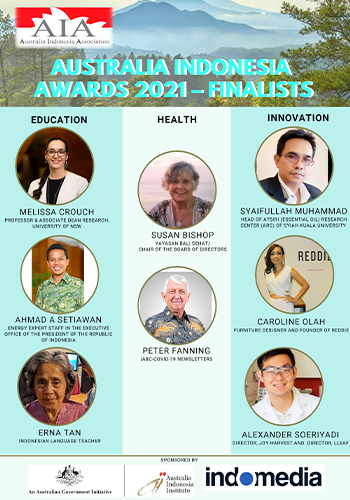 Melissa Crouch
Melissa Crouch is a Professor and the Director of the Southeast Asia Law & Policy Forum at the University of New South Wales and a former Indonesian language schoolteacher. She has interned in Indonesia with the Ombudsman in Yogyakarta, and also with the Religious Courts of Banjarmasin, Kalimantan. At home, she has demonstrated leadership by advocating for greater university and government support for Bahasa Indonesia language programs.

Melissa has researched, published, and advised the Australian Government on prominent legal policy issues, including religious discrimination, people smuggling and blasphemy. She has also run collaborative workshops with Indonesian legal experts on the courts and electoral law reform. Melissa has facilitated Australian students to study in Indonesia through the Australian Consortium for In-Country Indonesia Studies and supervised and mentored Indonesian PhD students studying in Australia.

Erna was born in Bandung, Indonesia, and came to Australia in 1967. After gaining her Diploma in Education at the University of Sydney, Erna found a teaching position in the languages’ department at the Presbyterian Ladies College (PLC), Sydney, where she taught for over 40 years, eventually becoming the Head of the Languages’ Department.

Ahmad Agus Setiawan
Ahmad Agus Setiawan is a renewable energy expert and champion of sustainable development. He is an energy expert staff in the Executive Office of the President of the Republic of Indonesia. His research has focused on how to service Indonesia’s 17,000 islands with reliable electricity. Ahmad completed doctoral research in Renewable Energy and Power Systems at Curtin University of Technology, Perth. He is currently an Assistant Professor at the Department of Nuclear Engineering & Engineering Physics at Universitas Gadjah Mada, and a member of its Working Group on Energy Self Sufficient Program for Indonesia.

He is working with the Ministry of Research and Technology on a hybrid power system for the outermost island of Marampit, North Sulawesi.

He is active in promoting professional development activities through the Curtin Alumni Indonesia Association and its network as well as through the Australia Indonesia Centre, a bilateral network designed to advance science, technology, education, innovation, and culture through joint research projects.

Peter Fanning
Peter Fanning is an Australia lawyer living in Jakarta and secretary of the Indonesia Australia Business Council who has lived in Jakarta since 1996 and served on the IABC board since 2000. In addition to his years of services to IABC, he voluntarily started a newsletter in April 2020 to inform and update Australians and others in Indonesia about the country’s complex Covid-19 health environment.

He supplied weekly updates on the evolving crisis with statistical data and health regulations but never imagined it the service would have such a long life. His initial motivation was to serve the information needs of IABC members, but such was the reliability of the service, it gained currency beyond its core audience in both Indonesia and Australia.

Susan Bishop
Susan Bishop and her late husband, Ray, first visited Bali in 1989. In 2010 Sue and Ray left Australia and moved to an area close to Lovina in Bali. After a couple of snorkelling weekends in Amed, another, more daring, dream took hold – a clinic that would provide consistent health care in an area where people had no access without traveling far from their villages.

The clinic in East Bali is located in arid Karangasem Regency, the poorest area on the island. Between 300,000 to 400,000 people live on the slopes of an active volcano with a lack of passable roads, access to water, basic education, and basic medical care. Susan used her fundraising skills to kick start Yayasan Bali Sehat. She used pop-up clinics and staffed them with doctors, nurses, and pharmacists. Her small clinic used 266 volunteers to treat 1,156 patients with dental needs, eye problems, women’s health and so on.

Susan ran her own fundraising ventures across the island until 2014 when benefactors funded a larger, permanent clinic, Klinik Pratama Bali Sehat, with capacity for 23 patients. The clinic opened in June this year. The clinic is staffed with qualified, local Balinese and set up for the future with a board comprising both Indonesians and Australians.

Alexander Soeriyadi
Alexander Soeriyadi is an Indonesian industrial chemist who graduated from UNSW in 2012. His innovative research has covered products and processes in biomedical, food, and agricultural application. He has been involved in successful commercialisation of a number of products with others under development, including crop protection products made in Indonesia and available in both Indonesia and Australia; collaborative biomedical research between UNSW and Mochtar Riady Institute for Nanotechnology in Jakarta; and natural food preservatives product development derived from food waste between UNSW and Universitas Gadjah Mada.

His commitment to the Australia-Indonesia relationship is through his research collaborations and building business opportunities between the two countries. He is a published researcher, regular speaker at conferences, and guest lecturer in both Australia and Indonesia.

Syaifullah Muhammad
Syaifullah Muhammad is the Head of Atsiri (Essential Oil) Research Center (ARC) of Syiah Kuala University, Banda Aceh in Indonesia. His research team has developed innovative technology to extract high-quality patchouli oil from the plant which is found widely in Aceh.

Patchouli oil is in high global demand in the perfume, cosmetics, and aroma therapy industries. Although Indonesia is the world’s largest producer of the oil, patchouli farmers in Aceh are still living in poverty, in part due to extractive technology that produces a lower quality of the oil.

Syaifullah’s work has been recognised by the Indonesian Government with funding from Ministry of Research, Technology and Higher Education resulting in a training project run out of his university centre. The project aims to develop new skills for patchouli farmers that allow them to produce a higher grade of oil. It’s all linked to the provincial government master plan for the industry.

Syaifullah is a postgraduate of Curtin University of Technology in Perth and was active in student affairs heading the Association of Indonesian Postgraduate Students and Scholars in Australia. Since 2016, he has also been active at the Banda Aceh municipal level as Taskforce Leader in the Development of Creative Economy implementing the One Village One Product (OVOP) Program.

Caroline Olah
Caroline Olah is a furniture designer of mixed Australian and Indonesian parentage who founded Reddie Furniture in 2016. She saw a market for customised furniture and her Sydney business set up a factory in Central Java using wood from local plantations and now exports to 20 countries.

She attributes her success to choosing customised products rather than standardised mass production. She’s also determined to disprove the ‘poor quality’ reputation of Indonesian sourced products that persists in the minds of global furniture buyers.

One way to change market perception is to showcase Indonesian craftsmanship and proudly declare her exports as Indonesian made. According to Caroline, this means building loyalty among her 50 highly skilled workforce, who autonomously ran the factory in her absence for 2 years during the pandemic. [IM] 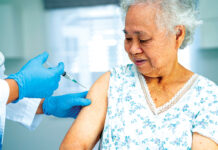 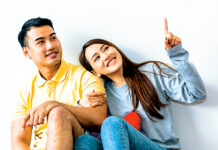 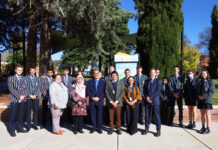