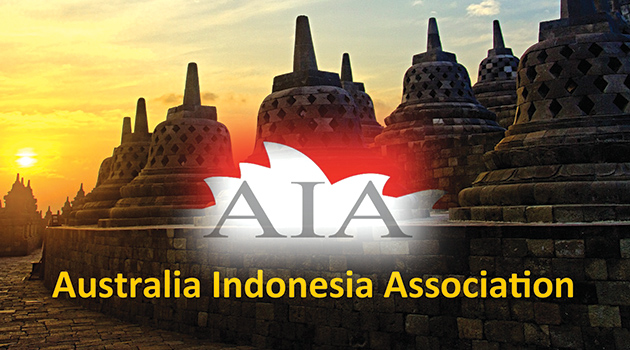 In the inaugural awards in 2014, nominations were called for in three categories: Art, Education, and Media. In this second year of the Awards, nominations were called in the categories of Business, Humanitarian, and Community involvement. Nominations closed in October 2015, and have been reviewed by an independent Selection Panel, chaired by Mr Bill Farmer AO, a former Ambassador to Indonesia. The Panel have selected the three finalists in each category, and will announce the winners in each category at the Awards Presentation Night to be held in Sydney on Saturday 12 March 2016.

The finalists include Australians and Indonesians, and come from all over Australia and Indonesia. They range from people with a lifetime involvement, to those who are much younger but have been an inspiration to others.

Congratulations to the finalists and to all the nominees and the people who nominated them for the awards.

Bede Moore
Bede co-founded Lazada Indonesia, which is now the largest eCommerce company in the country. With his wife he has since founded their own company, Paraplou Group. Bede and Susie have managed to boot-strap a successful start-up, build a team of 60 people, raise $1.7m in one of the biggest tech deals in Indonesia last year. Bede was also a founder of the Conference of Australian and Indonesian Youth (CAUSINDY). CAUSINDY has now been running for three years, and during that period Bede has raised substantial funding to enable 90 young leaders to travel to Canberra (2013), Jakarta (2014) and Darwin (2015) to engage with senior leaders and discuss key issues in the relationship. 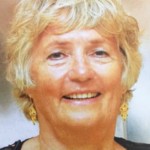 Penny Robertson
In 1996 Penny established the Australian International School – Indonesia (AIS) with an emphasis on delivering a curriculum which incorporated children with disabilities into mainstream classes. AIS remains the only genuine international school in Indonesia which readily accepts students with disabilities and it has become a focus school for the Indonesian national education department to demonstrate mainstreaming principles and practices to their officials and key teachers.

Penny led the Down Syndrome International campaign to have March 21 designated World Down Syndrome Day (WDSD), and in a speech to the United Nations forum of the UN Convention on the Rights of People with Disability (UNCPRD) in New York on March 21, 2012, Penny particularly referenced her work in Indonesia as a part of her successful plea for the establishment of an annual World Down Syndrome Day. 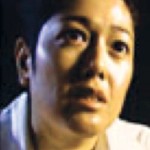 Meiya Sutisno
Meiya is a leading Australian and Indonesian Forensic anatomist who has set up a small and successful company supplying forensic services to both the public and private sectors in Australia and Indonesia. The services she provides include providing expert evidence to the legal profession on facial recognition and to the Governments of Australia and Indonesia. She also provides training services to those governments and to students at various institutions. These include Universitas Indonesia, Indonesian National Police Disaster Victim Identification Secretariate, Jakarta and the Jakarta Centre for Law Enforcement Cooperation, Semarang, Indonesia. She has also provided services to Australian Federal Police College, Canberra and many other Indonesian and Australian Educational facilities. 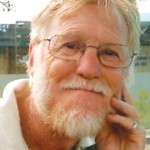 Peter Johnston
In 2007 after he retired, Peter started providing funds from his own savings for no-interest micro loans to people in Bukittinggi, West Sumatra. His previous experience as a social worker and manager informed his choice to use a community development model by linking with a local Indonesian person who was embedded in the community and who could facilitate the process of managing the process of selecting borrowers and ensuring loan repayments from borrowers occurred.

Over the ensuing years Peter has linked in with interested professionals in Western Australia to form an approved not-for profit agency (Bamboo Microcredit Inc), which promotes the idea of Australians donating money to assist Indonesian people on low incomes to develop small businesses. It is based on the premise of giving a hand up rather, than a hand out. The model of linking in with existing agencies and resources in Indonesia has been replicated by Bamboo Microcredit in Bandung in West Java and Malang in East Java as well as continuing to operate in Bukittinggi. 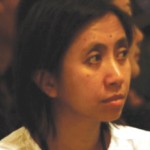 Jeanne Rini Poespoprodjo
Dr Poespoprodjo (Rini), an Indonesian citizen, has spent the last 10 years researching and implementing malaria treatments in Papua, one of the poorest and most remote provinces in Indonesia where maternal and infant mortality remains alarmingly high.

Educated at Padjadjaran and Gadjah Mada Universities where she attained her medical doctor and paediatric qualifications, Rini then studied at the University College in London for a Master of Science in Mother and Child Health before completing her PhD at the Menzies School of Health Research (Menzies) in Australia (2008-2011). In 2008, she was awarded one of the inaugural Allison Sudradjat Scholarships awarded by AusAID (DFAT) to outstanding scholars and leaders in the Asia-Pacific region. In 2010 she received the Appreciation Award from The Vice President of Republic of Indonesia for outstanding contributions to the malaria research program.

Brett South
In the last decade of his employment with Qantas, Brett started travelling regularly to Indonesia. In 2009 Brett created Qantas Helping Hands Community – QHHC. It started off as a small group of people (Indonesians and Australians) working in the tourism industry. Brett was introduced by his Indonesian counterparts to some Indonesian communities that were mostly hidden from the wider community yet headed by determined individuals ensuring the children and young people in their care got a decent chance at life. These included children that were orphaned and or abandoned, unmarried pregnant women, children that were sight impaired some suffering from autism, as well as those communities that did not earn enough money to provide their family with a decent meal every day. Projects have included building of schools in Central Sulawesi, working with orphanages in Jakarta, and with Kampung Sawah (trash scavenging community). 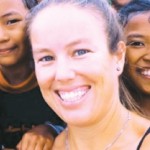 Emma Larssen
Emma Larssen had been involved in surf life saving for fifteen years in Australia before moving to Bali as an Australian Youth Ambassador for Development to work with the Indonesia Surf Life Saving Association. She is a member of the Cronulla Surf Life Saving Club in Sydney and is currently the Assistant Secretary/Treasurer.

Working with Indonesia Surf Life Saving Association, she was a key trainer and assessor in First Aid and lifeguard training of over 1,000 lifeguards, staff, water park employees and search and rescue employees across Indonesia.

She was a finalist in the Bali Women’s Role Model Awards in 2014 in the Humanitarian award category and was also the winner of the Bali Watermans Awards for Water Sports Mentor. 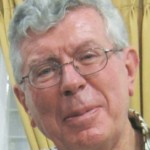 George Quinn
In 1974 George was an initiator of intensive in-country Indonesian language study for Australians as the co-founder of the Salatiga Program that continues to this day. His textbook The Indonesian Way is now widely used online for the study of elementary Indonesian across the world. He has also been an innovator in the field of Javanese Studies in Australia and is the founding Chair of the ACT Branch of the Balai Bahasa Indonesia Inc, which he chaired for its first 5 years.
In 2015 the Asosiasi Pengajar Bahasa Indonesia Bagi Penutur Asing (APBIPA) awarded him the Satya Abdi Budaya award for his services to the teaching of Indonesian. 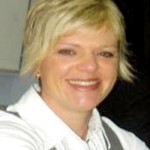 Jane Taylor
Jane Taylor was a former Victorian Secondary teacher of Indonesian in Bendigo. She died tragically in a car accident in June 2015 at the age of 42.

Jane studied Indonesian at secondary school and later continued her studies as an adult at University. She commenced teaching in 2000 at Catholic College Bendigo, then transferred and established an outstanding VCE program at Bendigo Senior Secondary College, from 2001 until 2010. Jane then took up a Leadership and secondary Indonesian teaching position again at Catholic College, Bendigo in 2012 until her death in 2015.

In the 2000’s, Jane’s VCE class sizes were the largest in the state of Victoria. She worked with the VCAA (Victorian Curriculum & Assessment Authority) for over 10 years in the setting, assessing and assessment management of the VCE Indonesian Second Language Examination. Jane assessed the Indonesian oral and written examinations from the year 2000 to 2013. Jane accompanied Australian students on several educational tours to Indonesia to broaden language and intercultural knowledge. She subsequently, established strong links with a sister school SMADA, in Makassar, Sulawesi. 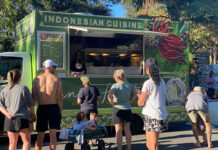 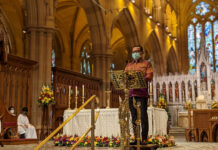 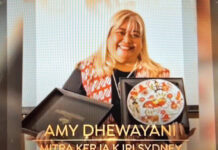