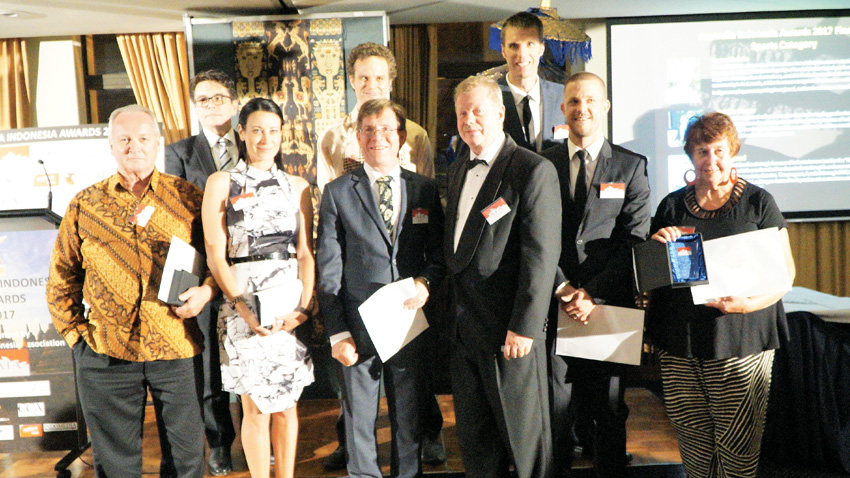 His Excellency General the Honourable David Hurley, Governor of NSW was the Guest of Honour and he delighted everyone with his speech in Bahasa Indonesia. Pak Nadjib Riphat Kesoema, the outgoing Indonesian Ambassador was there for his final official function before returning to Jakarta. Pak Yayan Mulyana, the Indonesian Consul General, was in attendance as well as representatives of the Prime Minister and the NSW Premier. 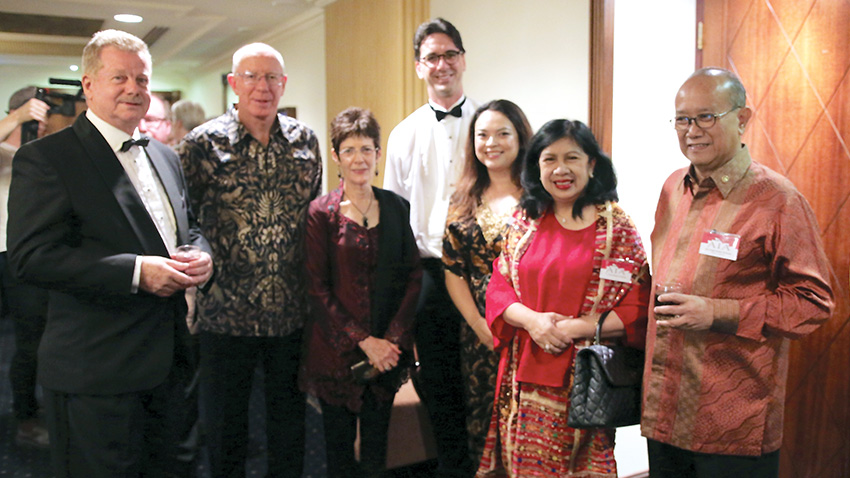 This year the award categories were Resources, Sport and Tourism. There were 3 finalists selected for each category. Of the 9 finalists, 7 were able to make it to Sydney for the Presentation, coming from as far away as Perth, Darwin, Brisbane, Indonesia and Sydney.

The awards night was like a mini Academy Awards, with short videos of each of the finalists and their activities. Guests were amazed at how much is being done by individuals in various capacities, promoting greater understanding and friendship between Australians and Indonesians.

In addition to their trophies, they each received return tickets to Indonesia. 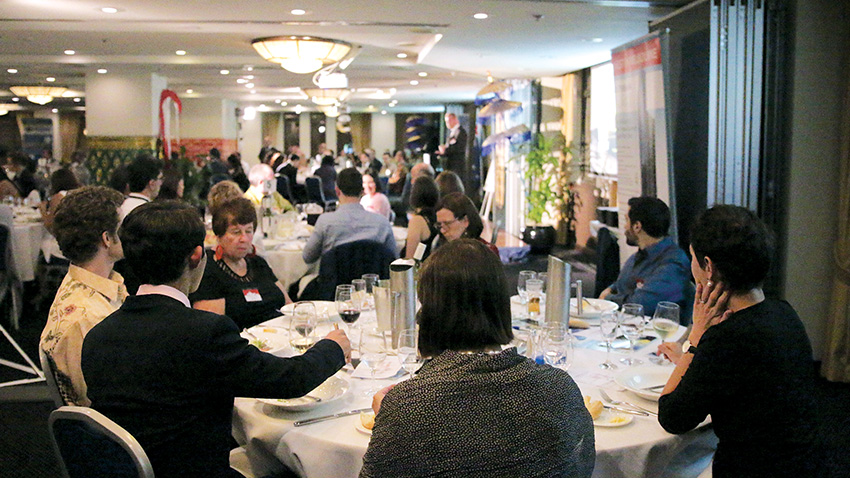 The Awards Presentation Night was also an opportunity to raise funds for the Qantas Helping Hands Community for their community projects in Indonesia. 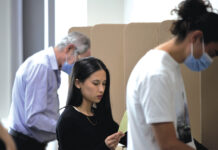 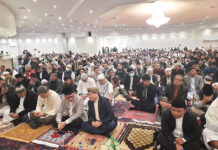 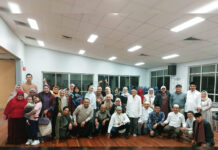