In the year marking the 250th anniversary of James Cook’s arrival in Australia, and with the Black Lives Matter movement bringing focus to the on-going impacts of colonisation around the world, Terra inFirma could not be more timely.

“This exciting project sees First Nations and culturally diverse artists share their stories of history, heritage and identity with a focus on the experiences of communities represented in Blacktown,” said Blacktown City Mayor Tony Bleasdale, OAM.

“Blacktown City is proud to have the highest Aboriginal and Torres Strait Islander urban population in New South Wales.”

In Terra inFirma: Sovereignty and Memory, artists reflect upon the complexity and significance of Country, not limited to the physical grounds we stand on, but the histories and experiences absorbed by that land.

An effigy of James Cook’s Cottage in Melbourne destroyed; maps of Blacktown decolonised; and the histories of Australia and the Philippines are linked through the narrative of dispossession among work by artists Alex Byrne, Gary Carsley, Dean Cross, Brian Fuata, Jasmine Guffond, Leanne Tobin, Julie Vulcan and Judy Watson.

Artists and works featured include:

Additional Terra inFirma: Sovereignty and Memory workshops and activities will be announced in the coming weeks.

An online launch of the Terra inFirma: Sovereignty and Memory program takes place on Thursday 10 September at The Leo Kelly Blacktown Arts Centre. The event will be live streamed on the Blacktown Arts Facebook page.

For further information visit www.blacktownarts.com.au
Stay up to date through: www.facebook.com/BlacktownArts 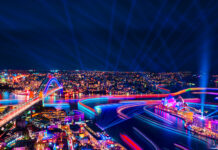 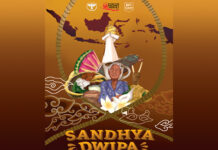 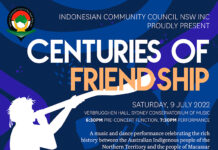