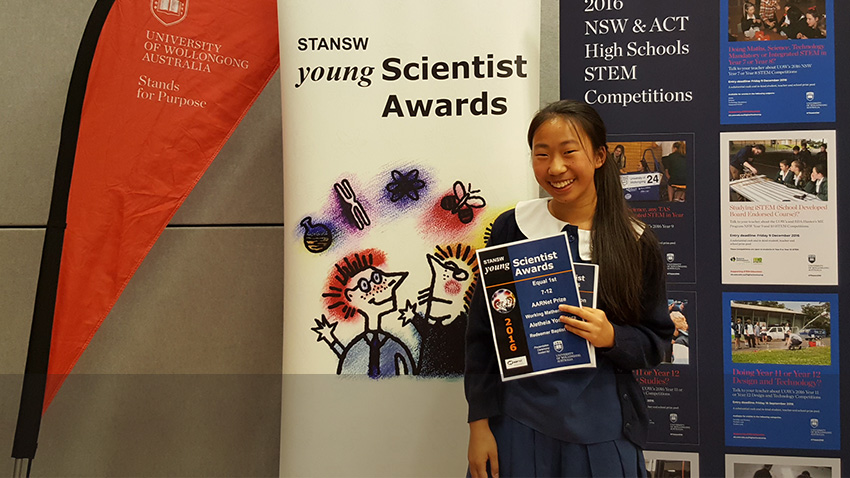 Some of her other achievements include:
• Lion’s Club Voice of Youth Public Speaking Competition Winner, 2014
• Classical Piano AMEB AMus A student, 2016
• Top of the grade consecutively for the past 9 years, 2007-2016
• Accepted at Top Selective School in NSW (James Ruse High School), 2017

Indomedia (IM): What school do you go to and what is your motto in life?
Aletheia Yosaviera (AY): Redeemer Baptist School! My motto is to speak the truth and all by God’s Grace!

IM: Describe your feelings when you won the STANSW Young Scientist Awards (without using the word Happy, Shocked, Surprised or Excited).
AY: WOAH!! Seriously out of thousands of entries across NSW, I was unsure whether my project would get anywhere. This was also because it didn’t turn out the way I wanted. But I was also thankful because the making of 300+ graphs, analysing data, 8000 word folios and 3 hour sleep nights had accomplished something. I was honoured to be one of the prize winners amongst such prestigious science projects.

IM: What was the name of your Project? How and Why did you come up with the idea?
AY: The name of my project was “Bimanual Invasions – A user friendly platform for improving Bimanual Coordination”. I’ve played piano for 10 years now and I’ve seen research proving that playing piano promotes improvement in brain development. One of the contributors to this development is the simultaneous movement/ independent control of both your hands – bimanual coordination. So after some brainstorming with my teacher, I decided to make a game. The concept was easy, it’s definitely more entertaining than practising the piano, and it’s easy to access (It’s basically free).

IM: Where do you think you get your ‘smarts’ from and why? (Your Dad, your mum or none of the above?)
AY: Probably my mum… hahaha. Definitely! She helped me build my work ethic and my endurance when it comes to studying. Dad on the other hand gives me vision and values of life, and tries to keep me sane and jokes around during exam periods when the only thing I think of is study.

IM: What is something that your Mum or Dad ALWAYS say to you?
AY: When I ask them for something, without fail they will say “Pray about it”.

IM: What advice would you give to your parents?
AY: To not distract me when I’m trying to focus…hahaha. But I know they’re trying to have a good time but at times… it can be annoying. 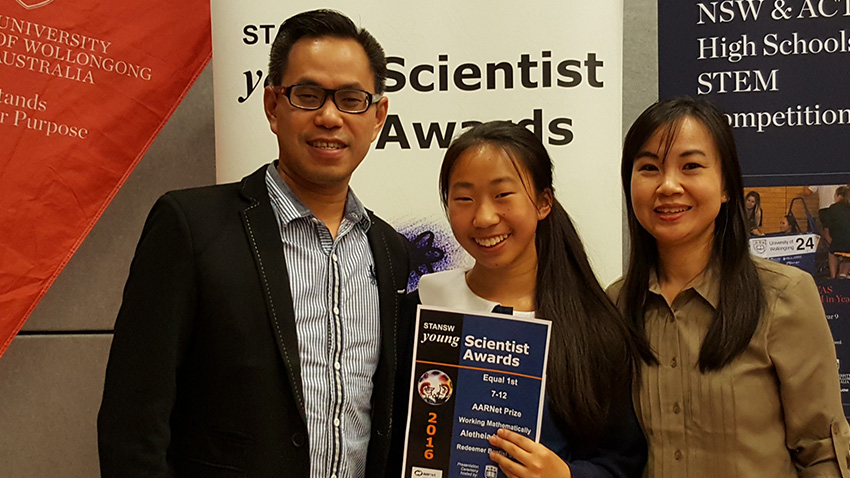 IM: If your pen can talk to you, what do you think it will say?
AY: “I’m tired of being twirled around or used 2 hours straight. Make up your mind girl!”. I tend to twirl around my pens during class or I’ll be writing on them non-stop during the day (especially during my 2 hour writing exams).

IM: What was the nicest thing you’ve ever done for someone?
AY: I love helping people. I help my friends with school work, we plan epic surprise parties (if I may say so), encourage/strengthen them when they’re down, and generally show love to them the best way I can. It’s probably being there for them when no one else is.

IM: What’s the one thing you’d like to learn how to do?
AY: I would LOVE to learn how to play more instruments, like violin, flute, drums, and I can play a little guitar but I want to perfect it. Oh..and learn more languages. Especially sign language, that’s awesome.

IM: What are the five best things about being You?
AY: (1) I’m Favoured; God has been faithful in my life and the life of my parents. (2) I’m Loud and Bubbly; My friends tend to say I’m always smiling and if I’m not – something’s wrong. (3) I’m a People person; I love being with other people. (4) I talk a LOT; I like to speak truth and give encouragements, share stories. (5) I love good food and playing piano (I also currently teach piano). That’s the way I release my stress. I like following my dad around which means we get to eat a lot of nice food.

IM: What’s the one hardest thing about being You?
AY: Not doing things everybody else does, or knowing things everybody else does because of my faith and the way I’ve been raised. There are times when my own friends joke around about it but it can hurt. I’ve grown to not be ashamed of the way I do or think but it can hurt when it becomes a reason for them to purposely exclude me or criticise me.

IM: What’s the funniest joke you’ve ever heard?
AY: A mum asked her teenage child “What does IDK ILY TTYL mean?” The child answered: “I don’t know, I love you, Talk to you later” The mum said: “Okay, I’ll ask your sister” (Hahaha this isn’t like the funniest but most jokes are funny because of the moment).

IM: What do you think is the worst smell in the world?
AY: No offence but the smell of durian….

IM: What are you most thankful for?
AY: My parents who’ve raised me to understand who I am as God’s daughter. They’ve also given me my second family at church who I couldn’t imagine life without.

IM: What are the three things you’ve learnt today?
AY: (1) In whatever you’re going through, you have to have faith that God has it in control. (2) Your friends, as much as you love them, can’t always be the source of your joy. Sometimes you need time to discover yourself again. (3) It’s been 100 years since the end of WW1. 60,000 Australian soldiers died then for our freedom today… Or we could be speaking Japanese right now.

Aletheia, thank you so much for your time. We appreciate you! At such a young age you have been an inspiration to us all. Keep up the great work. 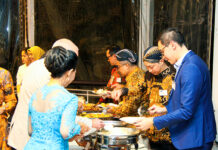 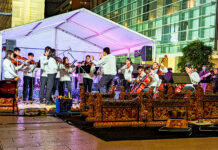 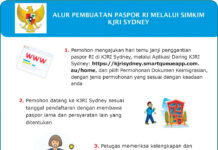